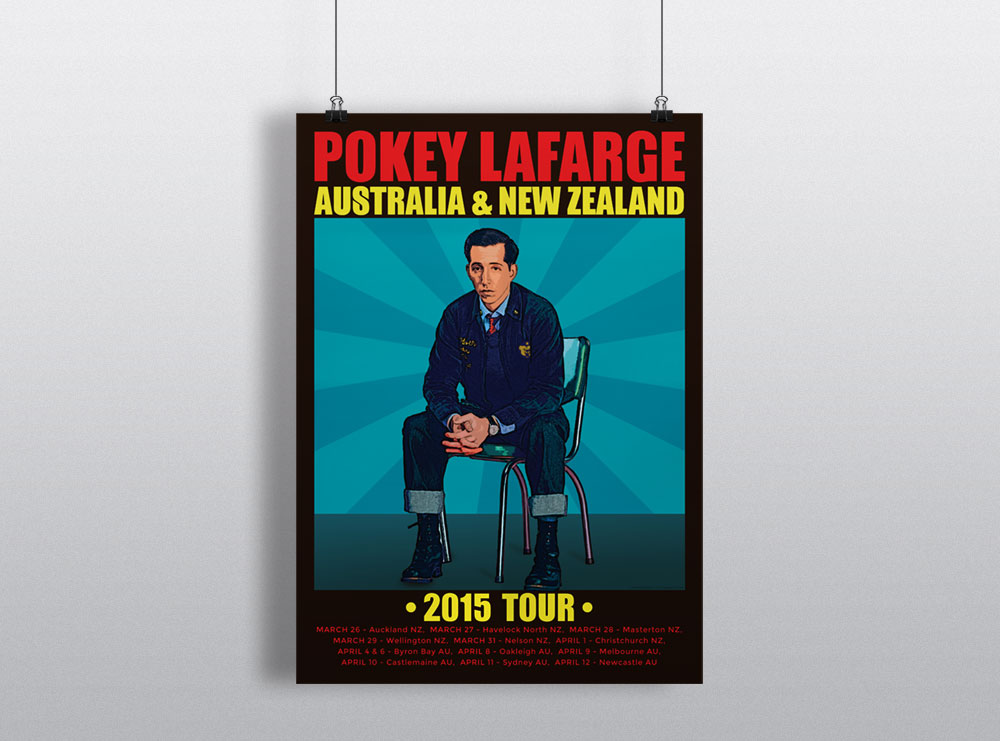 The print was to be a Frank Kozik inspired image using the promo pictures from Something in the Water.  We took the image and transformed it into a illustration and placed on a highly coloured background.  This image was also used for the album release dates in Missouri USA.